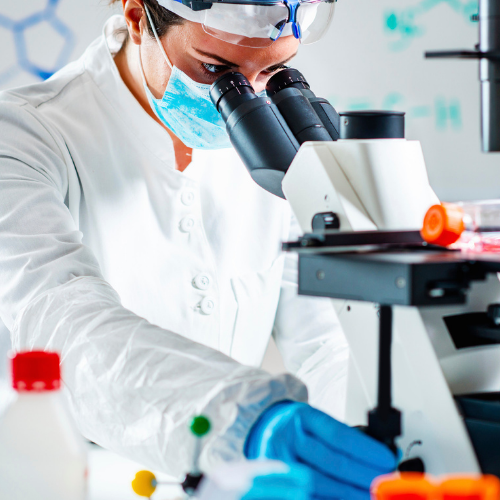 Bone mesenchymal Stem Cells (BMSCs) are multipotent cells that can differentiate into a variety of cell types.

The destiny of BMSC and, in general, osteogenesis are controlled by several molecules, among these cytokines and different transcriptional factors. However, recently, microRNAs (miRNAs) have also been identified among the factors that have shown to have a crucial role in the differentiation of BMSCs.

miRNAs are non-coding RNAs composed of about 22 nucleotides and are widespread in all eukaryotic organisms. These small molecules stably expressed in body fluids, such as serum, plasma, urine and saliva, are closely involved in the differentiation and proliferation of different cell lines.

To date, studies that have analyzed and delineated the expression of various miRNAs in bone tissue indicate that these molecules are among the main regulators of bone formation since they are involved in cellular pathways that control osteoblast differentiation.

miRNAs are proving to be a great promise as biomarkers and potential therapeutic targets. In particular, through complex in silico analysis, researchers are expanding their knowledge of the specific role of miRNAs in the differentiation of BMSC in order to evaluate their use in the field of bone regeneration.

Bone regeneration: what has been discovered so far?

Although most miRNAs act as negative regulators of osteogenesis, it is important to note that these molecules, in some contexts, can also perform as osteogenesis activators. For example, in experiments conducted under upregulation conditions of specific miRNAs or anti-miRNAs, in which the delivery was conducted through silver nanoparticle complexes, has been hypothesized the use of these molecules in the treatment of metabolic bone disorders. The data from these studies showed that the treatment of osteoblasts – by in vitro transfection – with miRNA led to a sophisticated coordination of the expression of a cluster of genes codifying for bone regeneration.

Maxillofacial surgery: how to use miRNAs?

Various conditions including congenital malformations, trauma and tumors can lead to maxillo-facial bone defects. Bone reconstruction is a complex operation and the most common treatments to date are autologous bone graft, allograft and xenotransplantation. However, several complications – including donor availability, pain, infection and immune rejection – may limit the broad-spectrum clinical application of these techniques.

In recent years, tissue engineering has gradually become one of the most promising alternatives to traditional bone regeneration techniques. In fact, it has been shown that genetically modified stem cells play a significant role in promoting bone regeneration.

In a recent study published in Stem Cell Research and Therapy, the Authors show that a specific miRNA, miRNA-21, is able to promote osteogenesis in BMSCs and that the scaffolds of beta-phosphate tricalcium (β-TCP) – a stabilized polycrystalline bio ceramic with a collagen resorbable membrane used as grafting material – “harvested” with BMSC modified with miRNA-21 induced new and significant bone formation in bone defects in an animal model.

These data, although to be confirmed with new studies on human models, are very promising and allow laying the foundations for applied research in the field of potential therapies for the reconstruction of bone defects at maxillofacial level.